Recently, Abide talked discernment with Travis, a 22-year-old seminarian at St. Joseph's Seminary. In this interview, Travis shares about his vocational journey.

Abide:  Tell us a bit about yourself.

Travis: I grew up in Grande Prairie, AB with my parents and my sister. I am currently 22 years old and reside at St. Joseph Seminary in Edmonton. I am studying for the Archdiocese of Grouard-McLennan in NW Alberta. Having completed my philosophical training, I am presently enrolled in the propaedeutic program, a year of spiritual formation at the Seminary, and spend most of my time in prayer, study, and service.

Abide: Has your faith always played a big role in your life?

Travis: I actually stopped going to mass when I was about 12 years old. It was a burden to me, as I’m sure many young people can identify with, and when I questioned my parents they, having hardly been catechized themselves, weren’t prepared to answer any of my questions. It wasn’t until I was in high school that I came back to the church. My girlfriend at the time convinced me to attend a retreat at the Way of Holiness near Hinton, where I had a profound encounter with Jesus in Eucharistic Adoration. I fell in love with the Scriptures, reading them day and night. Within a few months I was shown how to pray the Rosary and devoted myself wholly to it. In my final year of high school I was led to attend daily mass and encouraged other students to attend as well.

Abide: When did you first consider the possibility that God might be calling you to the priesthood?

Travis: When I was 16 I attended some ordinations in Vancouver. Though I wasn’t actually open to the priesthood at the time, (I was in a relationship), I was somewhat attracted to the idea of living exclusively for others. The long and short of it is that within six months our relationship had crumbled as the idea of priesthood became a constant thought. We broke it off and I began attending daily mass. Not long after I was in contact with Archbishop Pettipas and on my way to the seminary. As I mentioned earlier, I am studying for the Archdiocese of Grouard-McLennan (NW Alberta). God willing that I complete my studies, I would return to my Archdiocese where I would be ordained and serve as a priest for the remainder of my years. I chose the Archdiocese of Grouard-McLennan because that’s where I am from and that’s where I want to serve. It’s also a missionary diocese with not a lot of structures in place. That means we have to be creative leaders. That’s my kind of place.

Abide:  What aspects of being a diocesan priest appeal to you the most? What do you think will be the biggest challenges?

Travis: People are looking for meaning in their lives. They are looking everywhere for the purpose of their existence, in this or that spirituality or whatever it may be. They are meant for something more than work and consumption and they know it. I want to be able to share with them the joy and peace that I have received from Christ. I can’t think of any better way than for me to offer my life in service of the Church as a priest. I don’t really know what my biggest challenge will be. I do know that whatever it is, it will also be the greatest source of God’s grace for me and for whomever I am serving.

Abide:  Do you have any advice for other young adults who are discerning the call to the priesthood or other forms of consecrated life?
Travis: Yes. Be a saint. If you want to take seriously a possible call to priesthood or consecrated life, or the married life, you must first and foremost take seriously our call as Christians to be holy. If you’re not praying, start; if you’re not attending mass, attend, and with devotion. The Eucharist is the source of our life as Christians, no less is it the source of every vocation in the Church. Also, it will be very helpful to find a good spiritual director who can challenge you to be a saint and to recognize God’s action in your life. 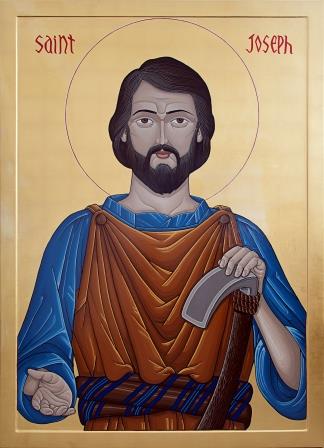